Welcome to the Phantis PAOK Forum

Hey all. New member here. Very new to football in general (basketball junkie most my life). Falling in love with the sport fast though. Live in Ithaca, NY, great-grandfather is from Metsovo (my last n

After Greeksoccer.com went down, I sent numerous emails to buy the domain with no reply.  This morning I went to GoDaddy.com to see if it was available.  It says that the minimum bid was $50,000.00. 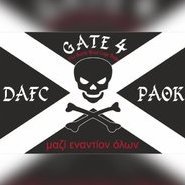 Hi folks! (Apologies for the long post but I’ll try to keep it brief)  A Dunfermline Athletic and  PAOK fan from Scotland here.. My story? I met a Pontic Greek girl 3 and a half years ago in