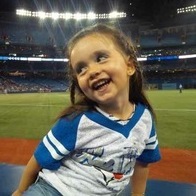 This might be my interpretation but I’m reading between the lines here. Something is very wrong internally and you can see it manifest in the game itself.  Socrates is actually being very brave, he se