Another Mass Shooting in the US

We had another mass shooting in the US, this time in Las Vegas, the deadliest of its kind, until the next one of course. Our right to be safe is trampled by the right for someone to own military-grade 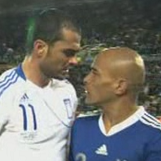 @BostonThanatos this is the case of using data to mislead. Yeah, cities have more people too. The concentration of big numbers have certain effects, like more car accidents, etc. Crime, too, will